Gary Saccocia Sr. Has Passed Away 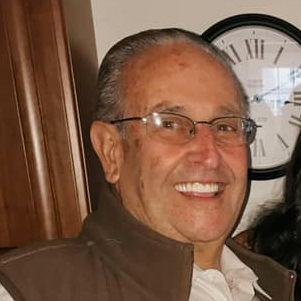 We are sad to announce the passing of Gary Saccocia Sr.

Gary Americo Saccocia, 80, of East Bridgewater, passed away peacefully at home surrounded by his family and friends on Tuesday, October 13, 2020. He was the loving husband of 55 years to Rosemary (Paiva) Saccocia.

Born on October 2, 1940 in Plymouth, MA, he was the son of the late Americo Saccocia and Claire (Barnard) Saccocia. Gary served in the United States Army from 1958-1961.

He was an Equine Dentist for the last 50+ years for the New England area.

His passion for horses led him to be involved in many aspects of the horse industry. He loved the racetrack; horse shows and the fairs. A lifetime member of HBPA where he strived to promote safe thoroughbred racing throughout New England. You would see his bright smile any time he got the chance to lend a helping hand at these events.

For many years he was involved with the East Bridgewater Lions Club, the District 33S Lions, member of Massachusetts Lions Eye Research and Chairman of The Journey for Sight. He thoroughly enjoyed coaching hockey, soccer and baseball for the local youth. He was instrumental in the formation of the youth Brewins hockey league.

He is survived by his loving wife, Rosemary (Paiva) Saccocia; his son, Gary Anthony Saccocia and his wife Jill; his daughter, Gaye Marie Saccocia. Papa to Kasey, Kellie, Nick and Belle. Gary was the Son-in-law of the late Alfred and Barbara Paiva; and Brother of the late Ernest Saccocia; Brother and Sister-in-Law to Dennis & Sandy Paiva and the late Bruce Paiva. He is also survived by his special friends, Frank Martin, Rich Palumbo and the late Michael Palumbo and many cousins, nieces and nephews.

All are cordially invited to the Prophett-Chapman, Cole & Gleason Funeral Home, 35 Spring St., East Bridgewater on Friday, October 16th for a visitation period from 4-7pm with Covid-19 restrictions.

Due to Covid-19 restrictions unfortunately the Funeral Mass will be held privately.

Gary’s family plans to hold a Celebration of his life at a later date. Interment will be private.

Donations may be made in Gary’s memory to your local Lions Club or to the American Cancer Society or click here.